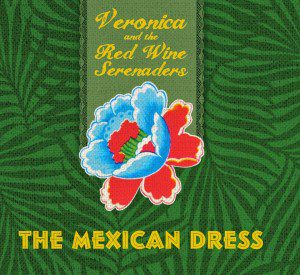 Last June 23rd, came the new anticipated album from Veronica & The Red Wine Serenaders, winners of the 3rd European Blues Challenge in 2013, titled “The Mexican Dress”.  This is the fifth studio album by the italian combo that, over the years, has become an established reality in the European music scene as part of the blues, ragtime, folk and country blues panorama. “The Mexican Dress” was recorded partly in the United States at Pacific Studios in Tacoma, Seattle by Mark Simmons, and partly in Italy at Suonovivo, by Dario Raveli, also responsible for the the final mixing. The result is an amazing and extremely varied job. In the track list for the first time there are some original compositions written by Max De Bernardi and Veronica Sbergia with the help of Denny Hall, leader of the American band The Nite Café, as well as a handful of traditional pieces reproposed with taste and originality, for a total of fourteen tracks plus a “lost track”.