Since the 1960s, professional blues activists in nearly every European nation have been committed to promoting blues music as well as the artists who create it. Festival promoters, tour organizers, agents, specialized magazines, radio DJs, labels, distributors, clubs etc. are responsible for preserving a truly dynamic scene characterized by idealism, personal commitment and a passion for honest, handmade music. Few genres of music can boast such a loyal fan base as the blues. 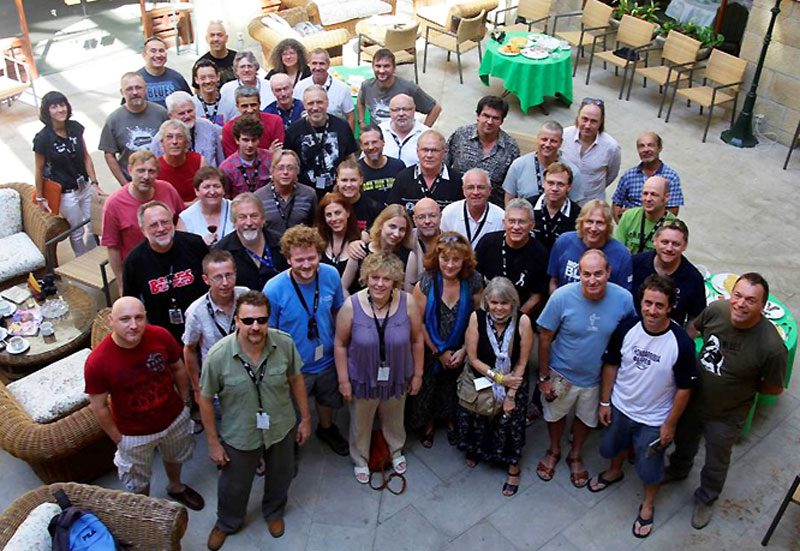 Apart from a few scattered international partnerships between individuals, over the last three decades, those active in promoting the blues have generally been fighting alone within the borders of their native country. Until now, only in the USA has there been a kind of umbrella organization: the Memphis-based Blues Foundation. In 2007, a project in Italy recognized this deficit and took the first steps toward organizing a pan-European network of blues activities. In June 2008, the first European Blues Conference took place in Parma, Italy, during Parma’s Roots & Food Festival. More than 70 participants from 18 countries took part. In addition to making contacts, getting to know one another and engaging in extensive brainstorming on a variety of topics, those present also defined the conditions for the foundation of a European Blues Union.

The first step was to create the website bluesyou.com that would compile and administer all the blues contacts and activities from throughout Europe. A delegation of four initiators from four countries organized the 2nd European Blues Conference during Norway’s Notodden Blues Festival the following year. Even the BBC heard about this European initiative and reported on the 2nd European Blues Conference and the growth of the organization. Several work groups – consisting solely of volunteer, non-paid idealists – were dedicated to the creation of a sustainable form of organization and the development of the union’s statutes. Finally, in June 2010, six charter members officially registered the union in Brussels, Belgium, as European tradition would dictate.

At the 3rd conference in Hondarribia, Spain in summer 2010, the EBU presented itself as well as its first public project: a European band competition that took place in Berlin on March 18th and 19th, 2011. The conference participants present became the first to actively join the organization. The EBU currently has members from 26 countries. The first official meeting of members will take place during the Band Challenge in Berlin. Its goal will be to recruit large numbers of members throughout Europe who are interested in supporting and promoting the work of the EBU. Ultimate goal is the establishment of a permanent office to handle the Union’s work professionally, to coordinate activities, take charge of communication and organize EBU events.

The secondo European Blues Challenge was held again in Berlin but from 2013 the EBC we decided to move each year to a different country, involving professional organization that already manage important festivals, and offer the opportunity to all our members to experience different taste of blues in a friendly environment. Since then we visited France, Latvia, Belgium, Norway, Denmark and  Italy, In 2019 it will be organized in the Azores, more precisely Ponta Delgada, Portugal. In the meantime a  new website has been prepared:  https://europeanbluesunion.com/