The opening was at 17:00h, July 11 – 2015. A “vernissage” was offered by Cahors Blues Festival and Saint Cirq Lapopie’s Council, and also two spectacular concerts at the Place du Sombral: at 17.30h by the Chicagoan trumpetist Boney Fields and his band, and at 19.00h by the finalists of the French Blues Challenge, Gas Blues Band.

More information about Saint Cirq Lapopie on: http://www.saint-cirqlapopie.co.uk/ A village that invites you to explore its streets and hidden mediaeval treasures. 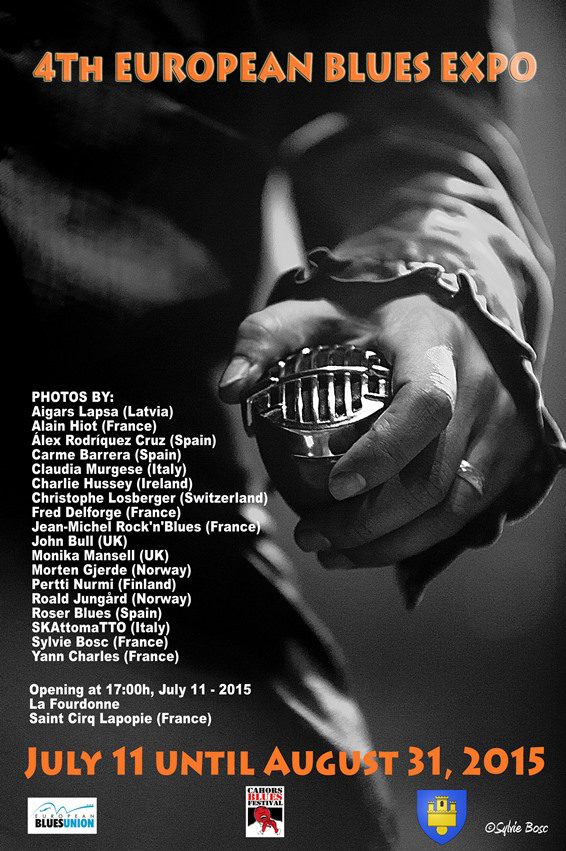