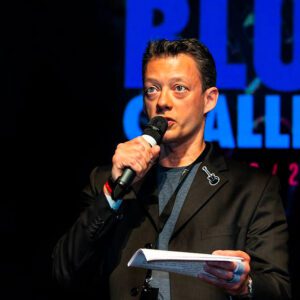 I was born in 1970, during a period in which the blues, thanks mainly to Great Britain and France also, was spreading throughout Europe. Son of one for the main, if not the best, blues lovers and experts in Italy, Marino Grandi, I had the chance to see most of the old and well known bluesmen while I was a child (Johnny Shines in Milano, Luther Allison, Willie Dixon in Montreux and many many others), and I grew up listening to blues, soul, R&B and rock-blues. When just 12 years old I saw the birth of Il Blues, the first and still only Italian blues magazine, around a group of musicians, journalists and simple blues lovers, lead by my father Marino. Year after year, I gave my personal contribution to the Italian blues scene development, writing reviews and articles, going to the first Italian blues festivals, helping musicians like James Son Thomas or Roosevelt “Booba” Barnes to feel at home so many miles away from their country. Slowly but continuously I was involved in many projects related to the magazine and not, up to the new coming European Blues Union that, as I said many times, will probably help to overcome the usual local problems to develop a grid and a collaboration useful first of all to the music we love! 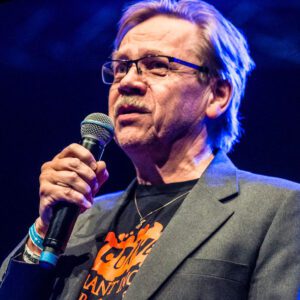 Pertti Nurmi has been heavily tied with the activities of the non-profit organization, Finnish Blues Society and its publication, the Original Blues News magazine, since the early 1970s. Blues News is one of the oldest still existing journals, globally, devoted to African American music derivatives. Pertti was the editor-in-chief of Blues News during 1983-90 and has been since then, and still is, the magazine’s principal photographer. He has also been one of the team responsible for the compilation and layout of the magazine for the past quarter century. Pertti started photography as youngster in 1970, soon specializing on black Blues artists visiting and touring Finland. This is closely associated with his love for the Blues and affection in record collecting – he may have one of the largest collections of black Blues music in Finland. Pertti’s Blues photography archive covering 40+ years is unique in Finland and of high appraisal even internationally. His exhibitions have toured all major Finnish Blues festivals and have also been on display in New York and Hollywood. 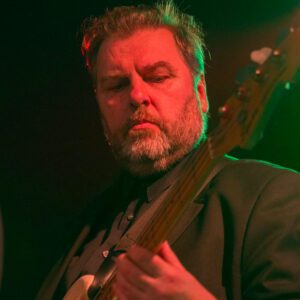 Born near Brussels in 1956 during the rock & roll explosion, Winne became a bass player in the early seventies, through the discovery of the Blues. By the end of the seventies he made his first recordings and got involved in different rock and pop bands & projects. In the eighties he even got carried away into the electro scene. Happily, all pictures of that adventure (the dress code!) have been destroyed. By the end of the eighties he also got involved in publishing & funding and other mysterious activities to get albums recorded. In 1990 he was asked to join as MD a new independent record & publishing company with different labels covering singer-songwriters, rock, pop, novelty, a little jazz, and blues & roots music. The company is still standing today and has concentrated its activities in recent years on blues & roots  music through the Naked Productions label. Besides his other musical activities, Winne is still hitting the road as a bass player. He experienced himself the difficulties to get in touch with the blues scene in different European countries. That’s why he got strongly involved into the European Blues Union, with the conviction to change and improve the connection between European Blues lovers. 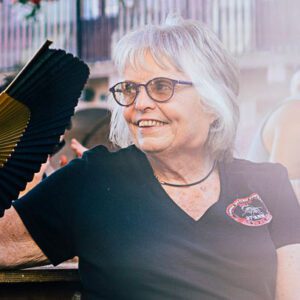 Roser Infiesta, together with her husband Vicente Zúmel, have a wide knowledge on the blues world. Since she was a teenager and as the years have been passing by, she has always loved and been involved on different blues fields. She helped in the organization of international blues festivals in Catalonia like Figueres, Valls, Reus or Hospitalet, that brought to play for the first time in Spain musicians like Louisiana Red, Hubert Sumlin, Luther Allison, Koko Taylor, Little Charlie & The Nightcats, Legendary Blues Band John Hammond, Carey Bell, Albert Collins, or Pinetop Perkins among others. Both Vicente and Roser have also collaborated with some national and international blues magazines, writing articles or sending pictures. From 1985 to 1999 she worked as manager of her husband band ‘Harmonica Zumel Blues Band‘, one of the first Spanish blues bands. She travelled all over Spain for gigs in the most important national blues events and festivals. She was founder and board member of Barcelona Blues Society and, from February 2005 to March 2009, she did secretary and communication with affiliates tasks, as well as organizing blues events and venues with local and international artists like Bob Margolin, Sugar Ray & The Bluetones, Rob Rio, Paul Oscher, Barrelhouse Chuck, Mississippi Heat, Bob Corritore or Dave Specter among others. She has and still collaborates with La Hora del Blues radio show, hosted by Vicente Zúmel, the pioneer Spanish blues radio program (30 years on air and now the eldest blues radio show in Spain), and in La Hora del Blues website. She regularly translates to English blues CD reviews (she has done about 3.000 till now) and they gather a collection of more than 5.500 blues records. She keeps updated La Hora del Blues website www.lahoradelblues.com with reports, pictures, news and also runs the section Spanish blues gigs calendar that includes all blues gigs in Spain. Since 1983 the playlist is regularly submitted to Living Blues Radio Chart. Information from La Hora del Blues monthly arrive to more than 1.300 international record labels, more than 3.500 blues related people, managers, blues societies, magazines, musicians and fans all over the world, as well as the majority of blues involved people in Spain. La Hora del Blues belongs to The Blues Foundation in Memphis. 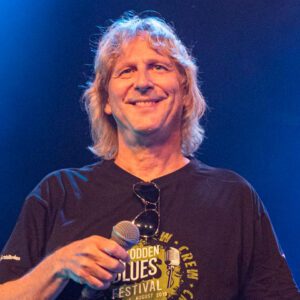 Jostein Forsberg hails from the town of Notodden, Norway.
He is the Creative Director for the Notodden Blues Festival. A festival that now is in its 25th year. Jostein Forsberg has also been instrumental in starting the Notodden Blues Society, the Norwegian Blues Union, European Blues Senter (KBA winner 2004 for Historic Preservation) and the Norwegian independent blues distribution company Blues Music Club Notodden that now is in its 12th year. Besides being a musician and songwriter in the Norwegian blues band Spoonful Of Blues, he is also co-owner of and producer for the Norwegian record label Bluestown Records. Bluestown Records has recorded and released several award winning albums with Norwegian blues artists in addition to the 2010 Blues Music Awards-winning album ‘Chikadelic’ by Mississippi bluesman Super Chikan and the 2010 Blues Music Awards-nominated album Louisiana Red & Little Victor’s Juke Joint – ‘Back To The Black Bayou’ and the 2012 Blues Music Awards-nominated Lazy Lester – ‘You Better Listen’. 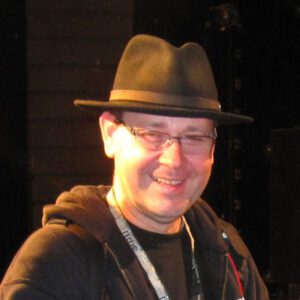 Born in 1965, I began with music at 13 with my first concert, it was in Paris and the band was AC/DC, with Bon Scott, supported by the famous french band of the moment, Trust, which sold over 1 million copies of his best seller LP, « Repression », with its single « Antisocial » covered by bands like Anthrax… That was my metal years, but boogie was in it with Trust which was the only metal band able to play decently a blues! In 2001 I created Zicazic with a friend. From 1,000 visitors a month since the beginning, we went to 30,000 four years later then 100,000 at our best… The same year, I met Jean Guillermo at Blues sur Seine and it was the beginning of a new friendship story, with more blues than never inside. I begun to write for several blues magazines in France like Blues Magazine, Blues Again, X-Roads, Grooving The City. When Jean talks to me about the idea of EBU, I was so enthusiast that I decide to join the movement immediately. In 2011, we create with 14 persons France Blues and with the Zicazic Team we tried to do a website as efficient as possible for this new association… I think it’s a huge success with 20,000 visitors a month only after one year, 40,000 a month since the end of 2012 … Certainly due to the big Toulouse So Blues event we were preparing for the 3rd EBC in 2013 … 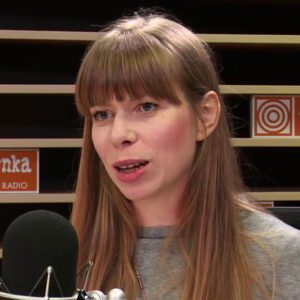 Raised in a music-loving family in the Upper Silesia region of Poland, Ewa lives a life filled with music. Focusing on blues and roots music, her work is her passion. Having devoted her entire professional life to the music business, Ewa has gained experience in a variety of music-related jobs. As a journalist, she contributes to Poland’s only blues publication, “Twój Blues“ Quarterly [ www.twojblues.com ]. As a booking agent and tour manager with the Delta booking agency [ www.delta.art.pl ] she’s worked with artists like Joe Bonamassa, Beth Hart, Kenny Wayne Shepherd, Robert Randolph & the Family Band, and many others.