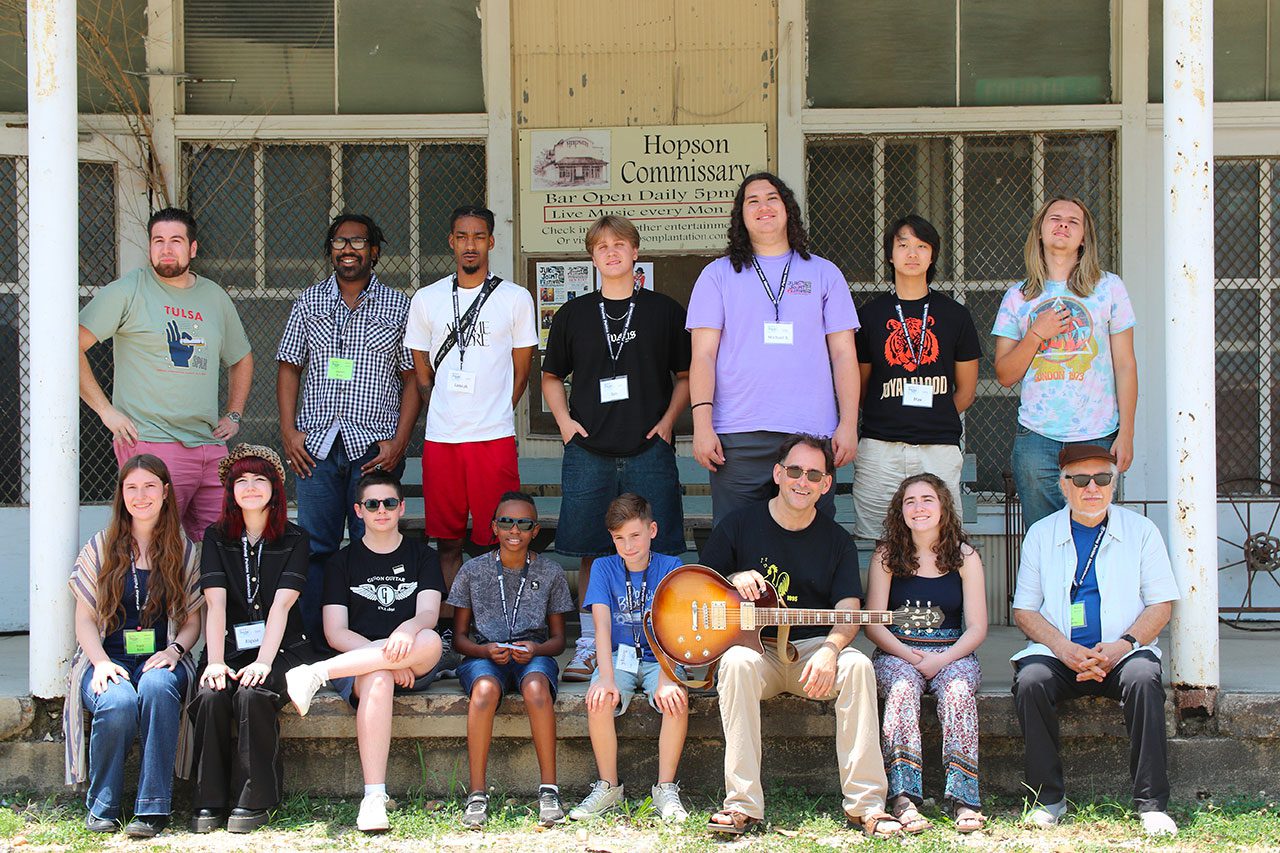 The days at the Pinetop Perkins Foundation Workshop in Clarksdale, Ms, were very beneficial for the two young French participants who were able to participate in workshops led by renowned and competent teachers, not only in the technical part but also in teaching.

Matéo Perfetti (21 years old) was able to work with a small group of bassists and receive theoretical and technical advice from people like Bob Stroger, Terrence Grayson and Heather Crosse. The lessons were given in the concert hall of the Shack Up Inn, which also brought a unique visual aspect to these highlights of the workshop.

Valentin Vasseur (15 years old) was supported by guitarist Johnny Burgin under the musical direction of Bob Margolin and had many opportunities to perfect his already very developed knowledge. Classes took place in the Hopson Commissary in an intimate atmosphere brought by the very soft light of the place. 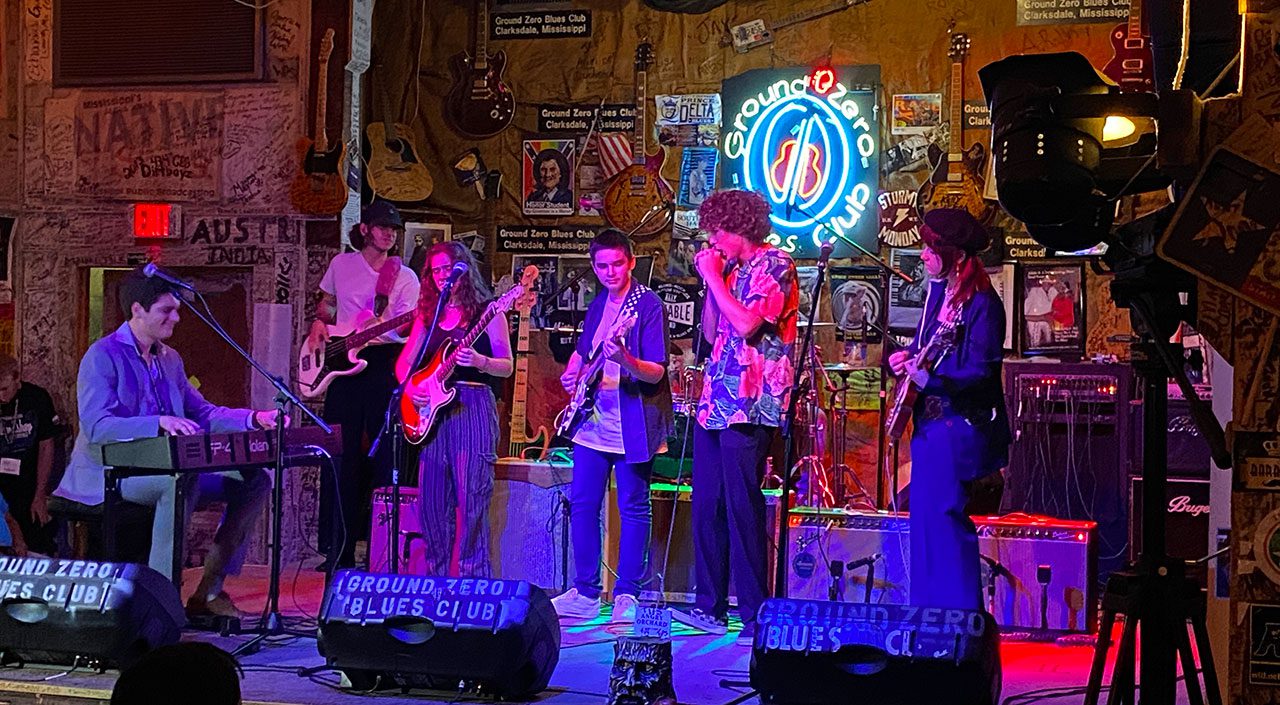 Always very available, Bob Margolin gave Valentin a private lesson during their break, a much appreciated approach since the former guitarist of Muddy Waters who was returning from tour was visibly very tired. During these moments of sharing, filmed by the Pinetop Perkins Foundation team, Bob and Valentin had the pleasure of exchanging knowledge on playing techniques but also on how to understand the blues in the broadest sense of the term.

In addition to lessons related to their instrument, the young musicians had time to work in a group and prepare for the end-of-course concert, which took place at the Ground Zero Blues Club. Before what was the big event of the week, they also participated in three jam sessions at the Commissary and had the opportunity to play in front of and with well-known artists from the local and regional scene (Billy Branch, Lisa Biales, Victor Wainwright, Ian Harper, Lee Williams, Watermelon Slim, Deak Harp, Mississippi Marshall, Fernando Jones, and last but not least Kingfish…).

The final concert left lasting memories with the young musicians, highlighted by the chance to play a piece with Christone “Kingfish” Ingram. The same Kingfish found them a few weeks later during his visit to the Cahors Blues Festival, where he invited Valentin to play a piece on stage with him!

More than just an internship, the Pinetop Perkins Foundation Workshop was an opportunity to build friendships and consider new collaborations between the young participants from both sides of the ocean. The exchanges continue through social networks, and it is the birth of a real community that we had the chance to attend. We would like to express our gratitude to the Pinetop Perkins Foundation team, Liz Berntson, David Berntson, Alma McBride, Jill Kuch, Mary Certain, Pat Morgan and all the others who have done everything to make this exchange with the EBU a real success.