We present the results of the annual poll Slovak Blues Top 2020 organized by the SLOVAKBLUES Association via the site Bluesmusic.sk. This year Slovak Blues Top 2019 attracted a record number of voters, more than three hundred music fans, including the organizers of festivals and concerts, promoters and experts of magazines and radio stations. Congratulations to the winners. 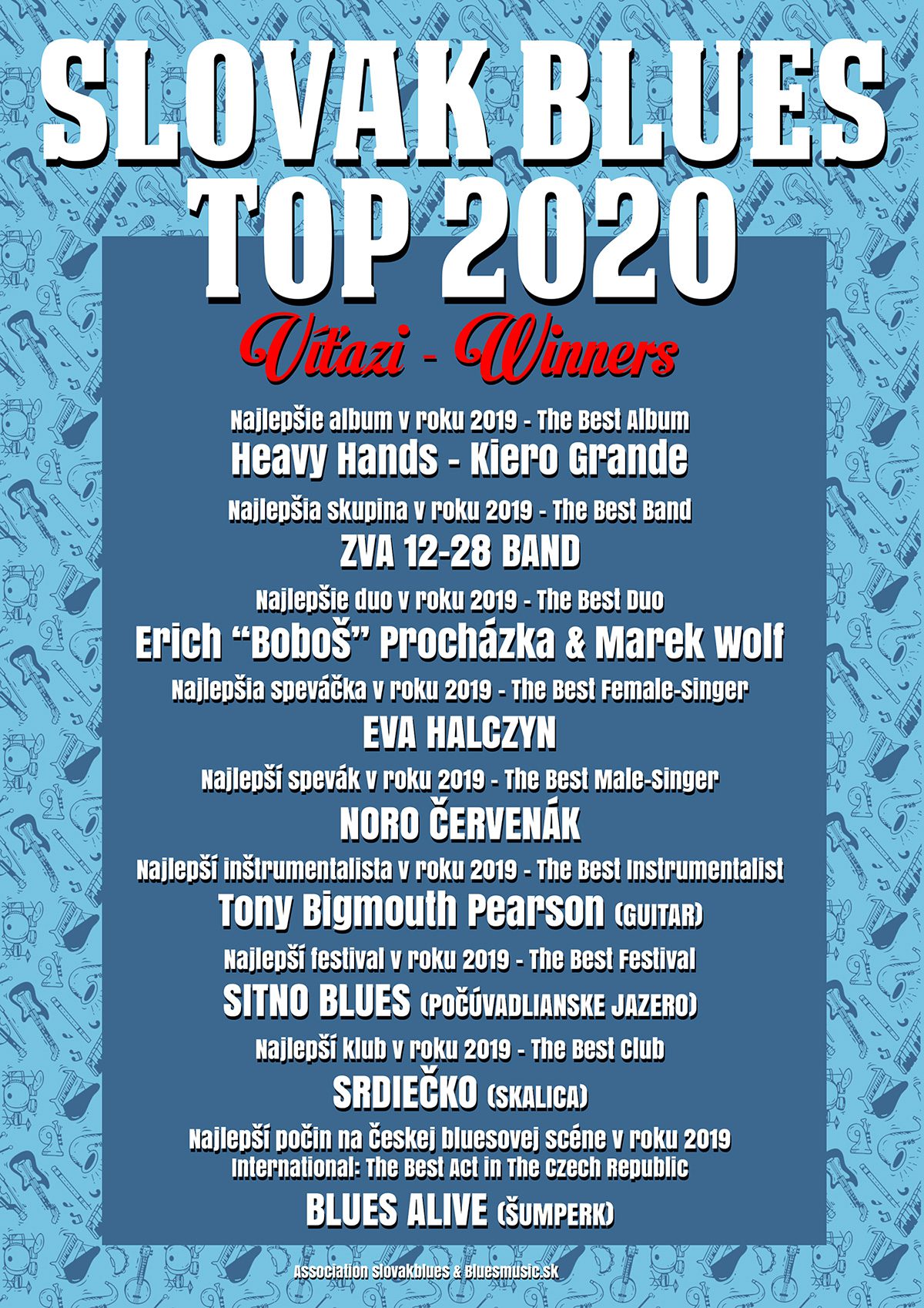 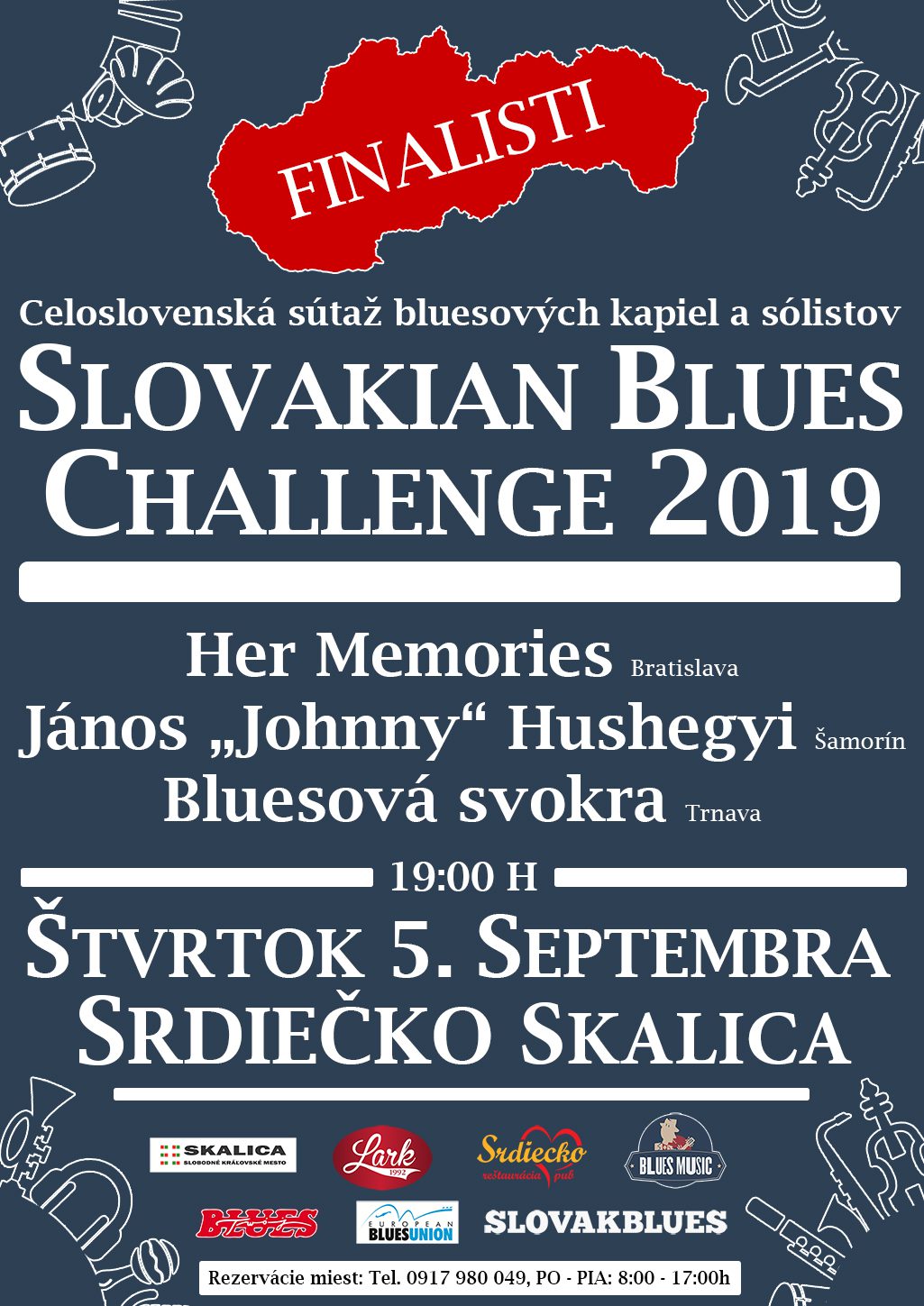 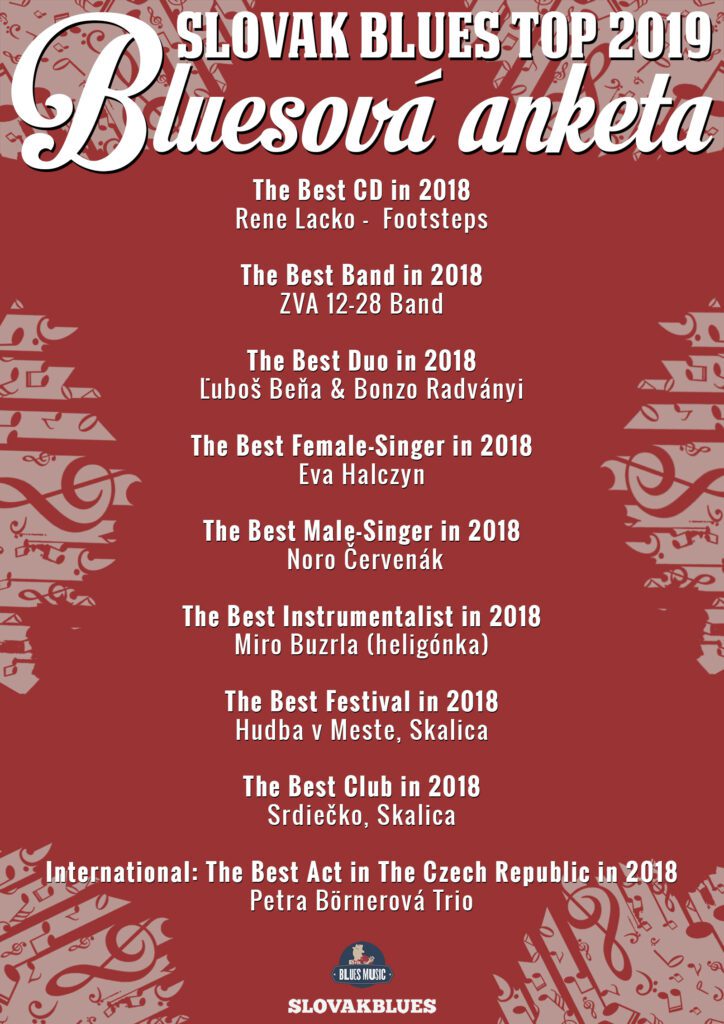 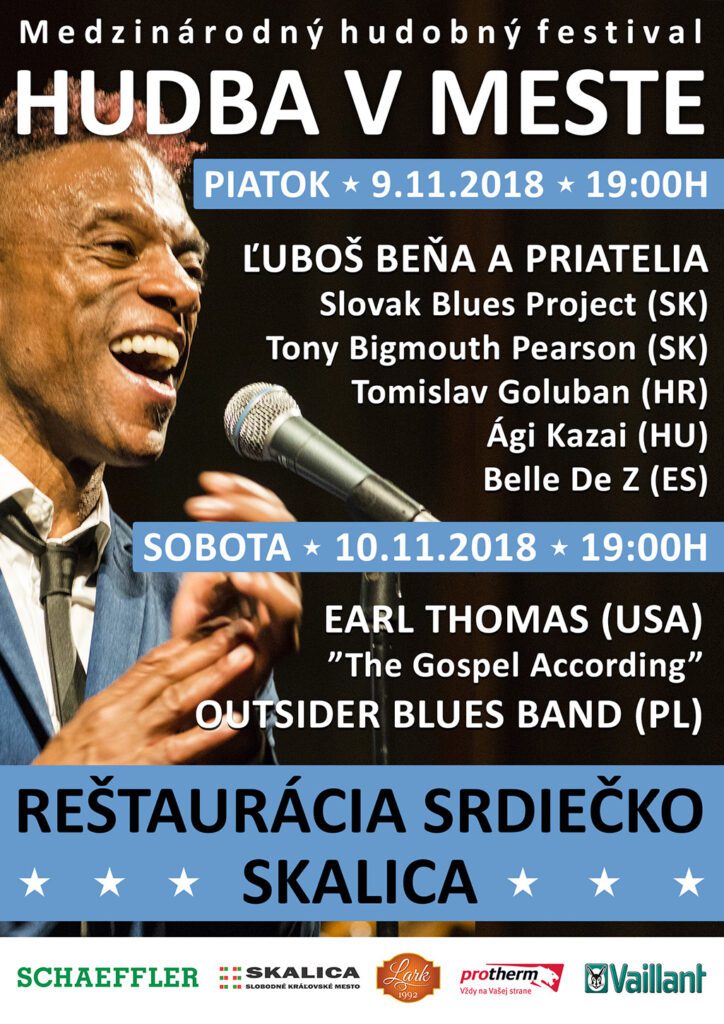 The cycle of concerts and festivals under this name was founded back in 2002 by the well-known Slovak bluesman Ľuboš Beňa. For already 17 years, in close cooperation with the city of Skalica, he has been inviting to Skalica outstanding musicians and bands not only from Europe but also from overseas. 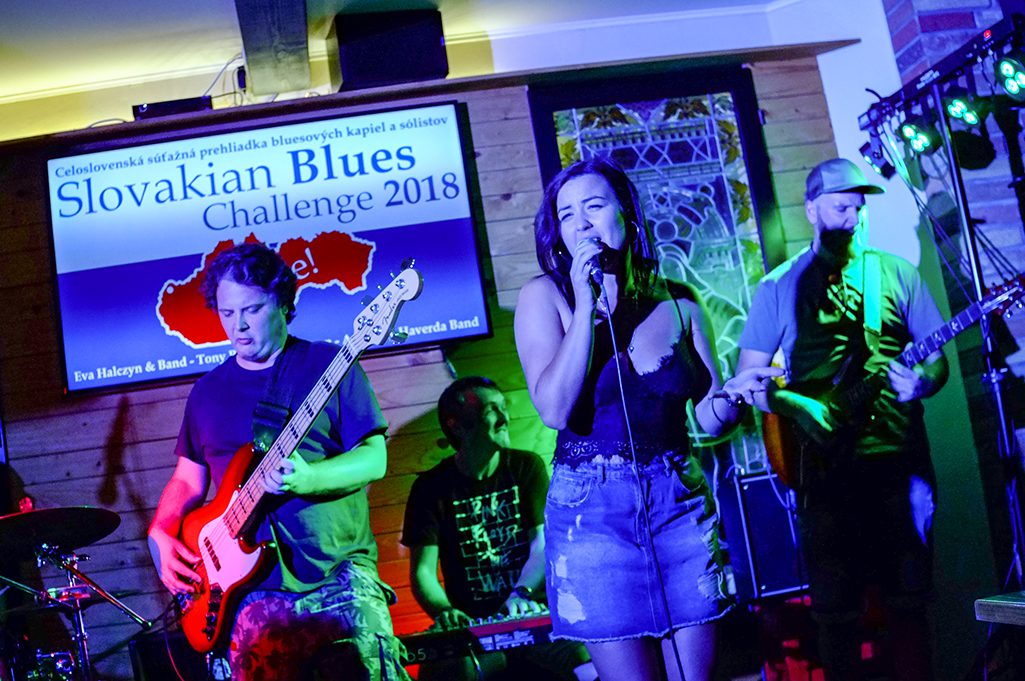 The Slovak Blues Project was founded by a well-known Slovak Bluesman, Lubos Bena, back in 2015. This was in close cooperation with Slovak Bluesman, Peter Bonzo Radvanyi. This experimental Project combines various generations of Slovak musicians. You will find that this album offers both traditional and modern schools of American blues, as well as our own original compositions. A melting pot of Blues poured into a blender with fresh ingredients.

The cycle of concerts and festivals under this name was founded back in 2002 by the well-known Slovak bluesman Ľuboš Beňa. For already 16 years, in close cooperation with the city of Skalica, he has been inviting to Skalica outstanding musicians and bands not only from Europe but also from overseas. 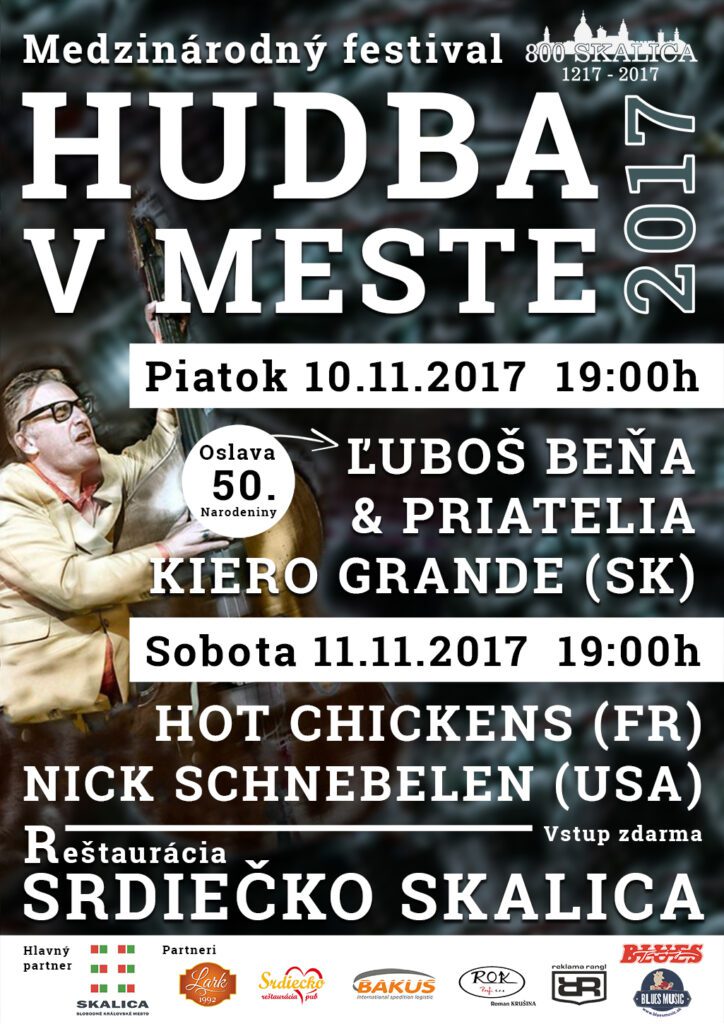 The annual Slovakian Blues Challenge 2017 competition, organized by the Slovak Blues Association, was held in Skalica, Slovakia. Three competitors, and namely Marian Lucky & Band, Blue Zodiac and Kiero Grande, took part in the final. The International jury from Slovakia, the Czech Republic and Poland has appointed the Kiero Grande band as the winner. The band was thus nominated to take part at the next year´s European Blues Challenge 2018 competition in Norway. Congratulations! 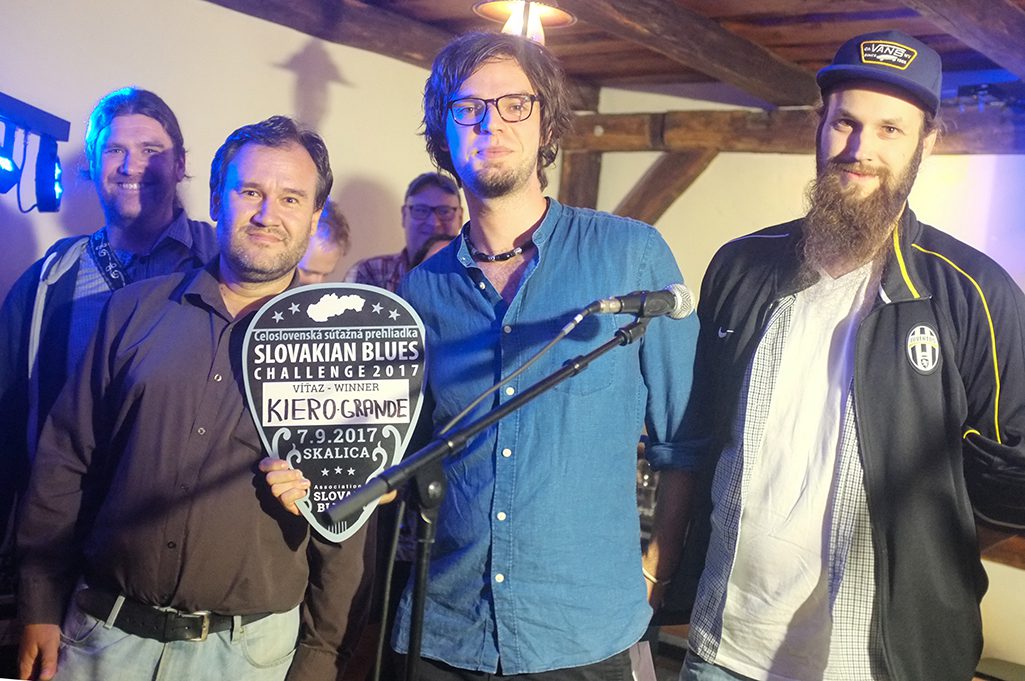 During Slovakian Blues Challenge 2017 will be opened in Slovakia the blues exhibition of paintings “Pictures from the trip, Places and People”. Their author is Danuta Matysik.